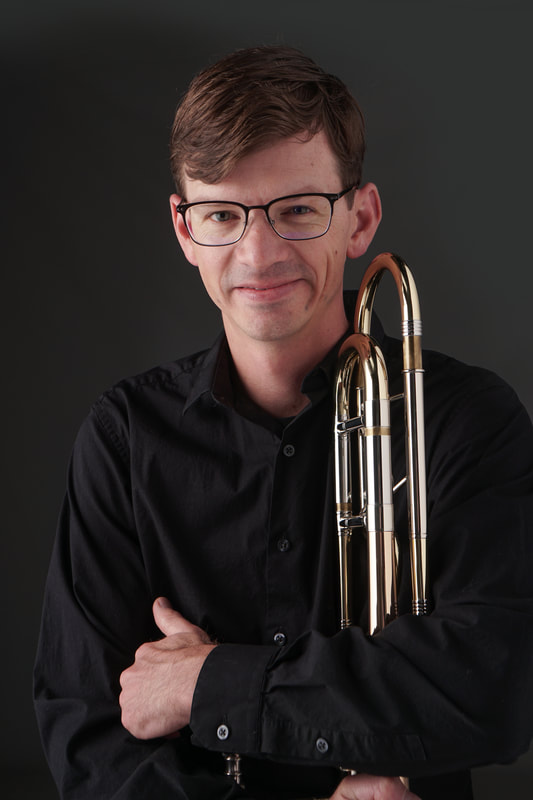 Many successful and dedicated students have passed through Will’s private studio. Will has been teaching trombone for the last 15 years in Montana, Washington, Colorado, and Oregon. In addition to his private studio, Will has taught at the University of Colorado and Regis University.

As a professional trombonist, Will is active as an orchestral player and chamber musician, while occasionally also appearing in theater pits, jazz ensembles, and rock bands. He has been second trombonist for the Rogue Valley Symphony since 2014. Will's prior orchestral experience includes former positions and extensive freelance work with dozens of ensembles in Colorado, Wyoming, and other places he's lived. He also appears as a soloist, having recently recorded the Saint-Saens Cavatine with Martin Majkut for a forthcoming RVS project. A few years ago, Will performed the world premiere of his own edition of Eugen Reiche's Concerto No. 1 with the Mayo Chamber Symphony in Rochester, Minnesota, as well as having given guest recitals in Montana and Wyoming.

When not behind the mouthpiece of his trombone or guiding the next generation of young trombonists, he enjoys spending time with his wife, cooking, and pursuing one of his many outdoor hobbies in the mountains.